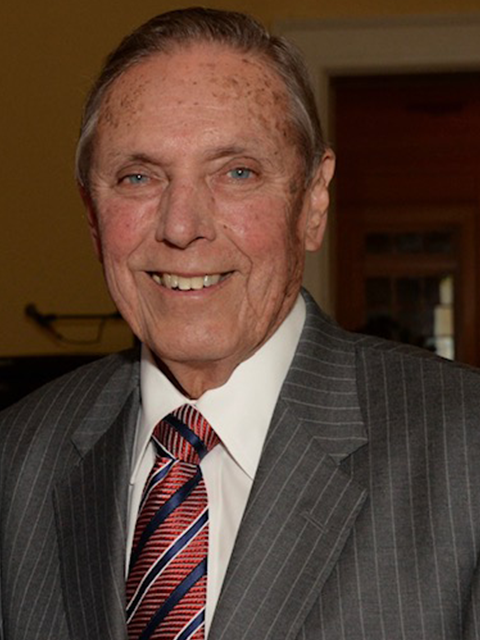 Governor Bob Martinez serves as a Board Member for Harmony Institute. Born in Tampa, Florida on Christmas Day 1934, Bobby Martinez started his Hillsborough County Public School education at Tampa Bay Boulevard Elementary School in 1941 and graduated from Thomas Jefferson High School in 1953.  He received his Bachelor of Science degree with a major in education from the University of Tampa in 1957 and a Master of Arts degree in Labor and Industrial Relations in 1964 from the University of Illinois.

Upon graduation from the University of Tampa, Bob Martinez taught social studies at Oak Grove Junior High and Chamberlain High School.   In 1966, he became the executive director of the Hillsborough Classroom Teachers Association where he represented the interests of teachers and education until 1975

In 1975, Martinez changed professions and bought the well-known and popular Café Sevilla Spanish Restaurant.   Florida Governor Rubin Askew appointed him to the Southwest Florida Water Management District governing board later that year.  He went on to become the Vice-Chairman and served until sworn in as Mayor of Tampa on October 1, 1979.

As Mayor of Tampa from 1979-1986, he provided leadership for numerous initiatives.  Some of the more visible ones are the construction of the Tampa Bay Performing Arts Center, Tampa Convention Center, Lowry Park Zoo reconstruction, Tampa City Hall restoration, downtown Tampa economic revitalization and annexation of large tracts of land that later became New Tampa.

In July 1986, Mayor Martinez resigned his office to run for governor of Florida.  He was elected in November 1986 and served from 1987 to 1991.   During his tenure as Governor, he supported increased education funding, pre-paid tuition legislation and the tenth state university located in Southwest Florida.  He was best known for his environmental agenda.  The Preservation 2000 environmental land acquisition program was the largest land-purchasing program in the nation.  He supported new initiatives for surface water improvement, solid waste management, everglade restoration, manatee protection, beach erosion and growth management.   He recommended major expansions in transportation and criminal justice programs for the citizens of Florida.

In 1991, President George H. Bush appointed Governor Bob Martinez to be the United States second Drug Czar.  The Cabinet rank office was responsible for developing the nation’s drug control policy to reduce the use and sale of illegal drugs and to expand drug education and rehabilitation programs throughout the country.  As Drug Czar, he traveled to many countries in the Americas and Europe in support of the President’s drug fighting initiatives.

In 1993, Governor Martinez returned to Tampa and became a consultant.  In addition to representing clients, he served on corporate and non-profit boards.   His interest in education remained high.  He served as a trustee of the University of Tampa, director of the Hillsborough Education Foundation and honorary director of the Florida Council on Economic Education.

Governor Bob Martinez married his high school sweetheart, Mary Jane Marino, in 1954.  She served as Tampa’s and Florida’s First Lady and was the head media specialist at King High School. Their daughter Sharon Marie is the mother of identical twins Emily Ida and Lydia Marie and their son Robert Alan is the father of Robert Alejandro and Christine Ysabel.